For the first learning event of the year, the Northern California Chapter members went West to the Ranch. Bank of the West hosted this learning event at their Bishop Ranch location in San Ramon. The topic was a very timely one on the changes to the CTR and SAR forms.  With the deadline for compliance drawing near, chapter members were given an overview of the new forms and the changes that will likely impact workflow and production for the first few months.

Allie Suazo from Bank of Marin presented the new CTR form.  Field by field, she provided details into what will soon be required.  Erik Mineishi from Union Bank presented the new SAR form.  He provided some great information about what FinCEN has stated they are expecting to see in certain fields. Finally, Pam Bowersox from First Technology Federal Credit Union provided an overview of their BSA operation. This provided insight into a mid-sized credit union based in the Silicon Valley for those chapter members who may not be that familiar with how a credit union's BSA program might operate.

The event was sponsored by Verafin, a company that offers BSA/AML solutions including a solution to file CTRs and SARs using the new form. 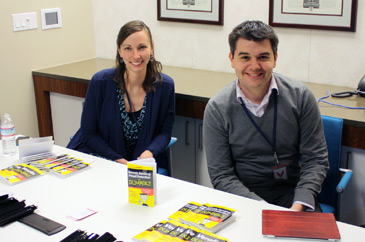 Tasha Roberts and Brendan Brothers from Verafin, the event sponsor 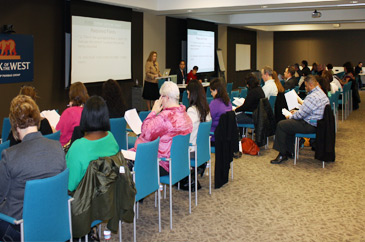 Allie Suazo speaking at Bank of the West 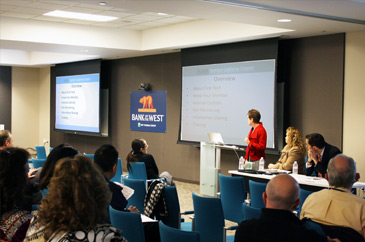 Pam Bowersox speaking at Bank of the West